Previous Next
Back to list
In compliance with Law 11/2011 (article 18), cash payments are limited to €1,000.00 for residents in Spain and €10,000.00 for individuals who justify that they have their tax domicile outside Spain. For further information, please click here. 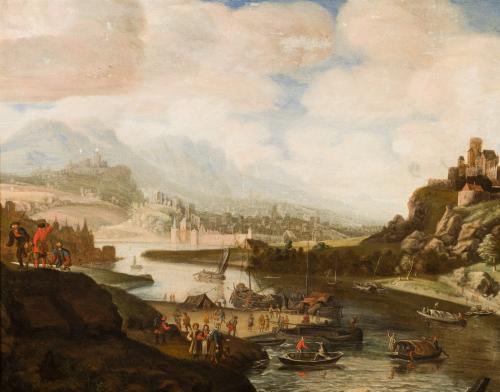 The present work combines the Dutch landscape with maritime scenes, which in Utrecht, were specially cultivated by the Willaert family, uniting two genres of Dutch painting. the navy and the genre scene. Its origin may be found in similar compositions by Hendrik Cornelisz Vroom (1566-1640) although Adam Willaerts places the horizon line even lower, giving the work greater spatial depth that is accentuated, also by the strip of sea blue placed just below the horizon.

The scene represented may describe the arrival of the catch of the day. With the drawing of small human figures, Willaerts generates a sensation of life and movement in the work and especially highlights the beauty of the integrated landscape so that the sea does not take away from it.

Adam Willaerts was a founding member of the Guild of Saint Luke in Utrecht where he repeatedly held the position of Dean. Despite having always worked in Utrecht, he specialized in scenes of beaches, views of ports and sea storms with a clear influence from Vroom. He had a large workshop in which his three sons worked: Abraham, Cornelis and Isaak and, from 1650, his son-in-law Willem Ormea. 76.5 x 59.5cm

PAINTING
You can browse the lot in
C/ Goya 19 1ª planta, entrada por joyería Durán 28001 Madrid
How to arrive

Opening time
From Monday to Friday from
10:00 to 14:00 and from 17:00 to 20:00 hours
Saturday open, check calendar
Work of art and collections valuation Selling guide Buying guide Calendar 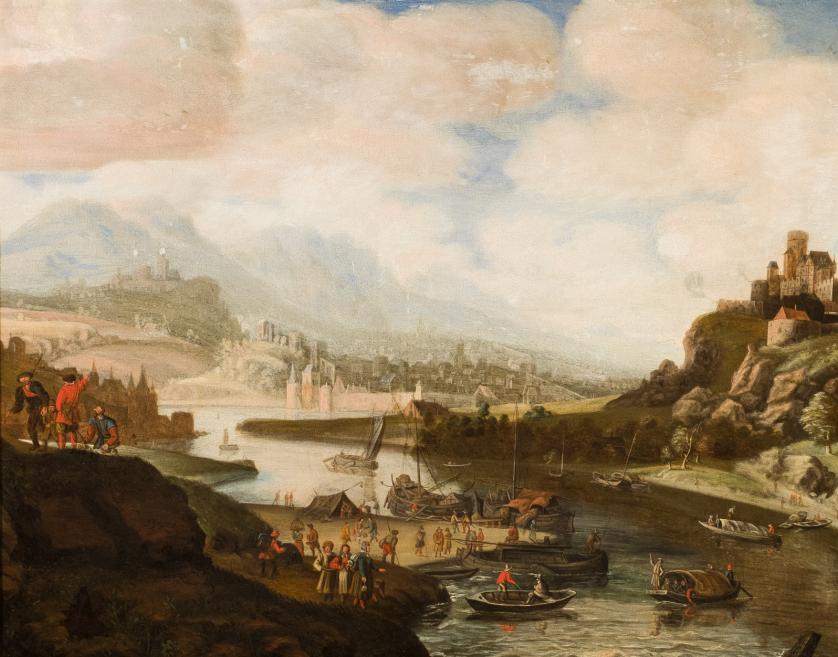 The auctions are subject to our terms and conditions

, At the time of auction we will contact you by phone:


You are bidding for €

At the time of auction we will contact you by phone:

Are you sure you want to buy the lot?

Bidder ( I A) €
See all Hide
Register Catalogue
Your email